Warrior, Emergency Vet and the Cone

With the holidays approaching, many people are getting their medical issues attended to before New Year.

My little Warrior, the Grand Pup, the little sweet boy, did the same thing.

My daughter and her boyfriend had taken him to the vet to have him fixed. Not exactly the thing most males like to even think about...but the little stinker went happily into the vet not realizing he was in for some trauma. Starting with the fact he threw up from one of the meds to put him under for the procedure.

It was a big surgery, and he got home to find my daughter got him a big stuffed pig to sleep his poor weary head upon. (too cute) 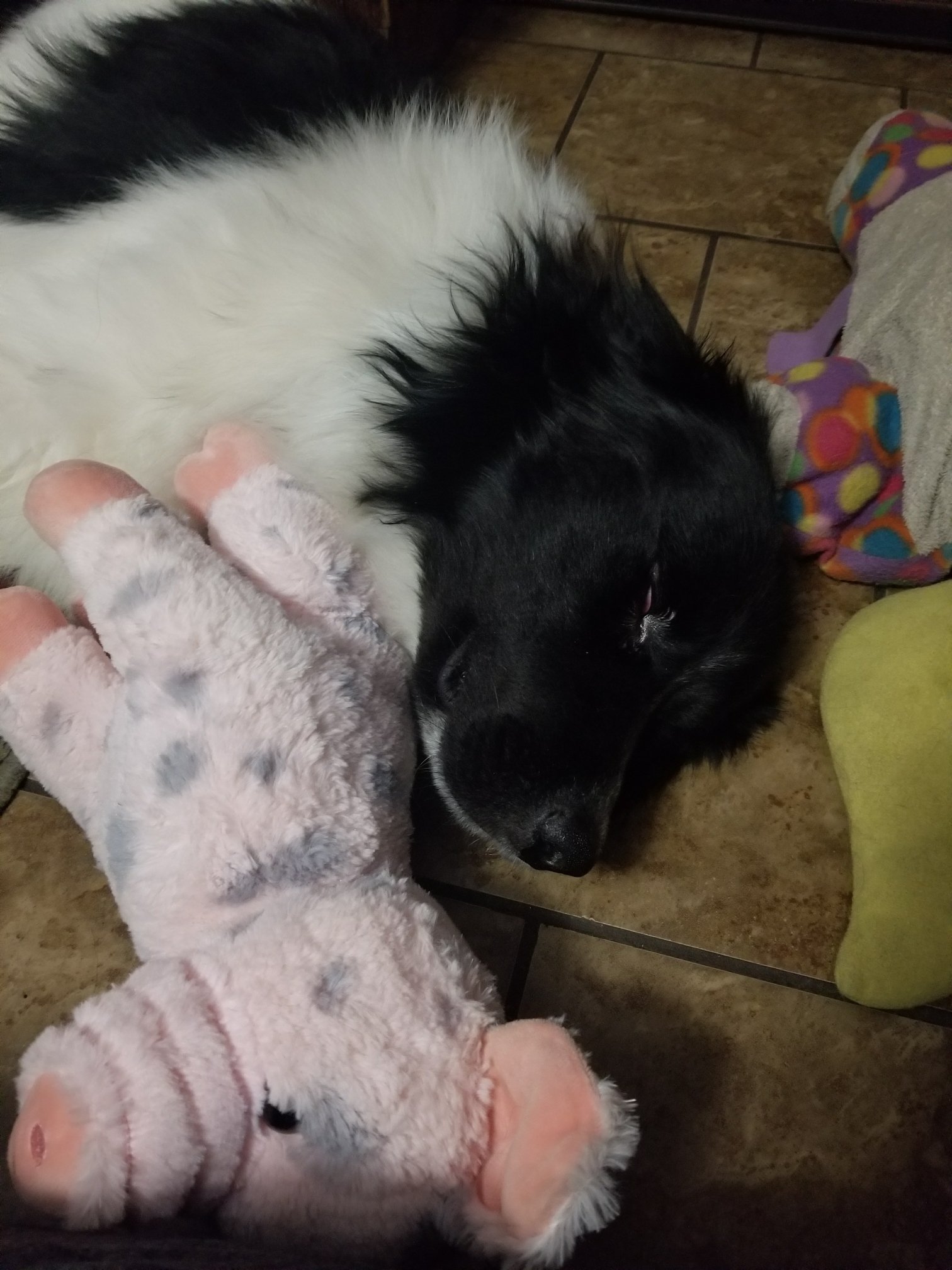 And he got extra spoiled with getting petted by my daughter's boyfriend while laying down on the floor with the recovering pup.

Now, once he became more alert, my daughter (remembering Grizzly needing the inflatable cone), went to get Warrior one of the cones so he could sleep. Not the big plastic 'cone of shame', this one is much more comfortable as Grizzly and 2 surgeries can attest to... 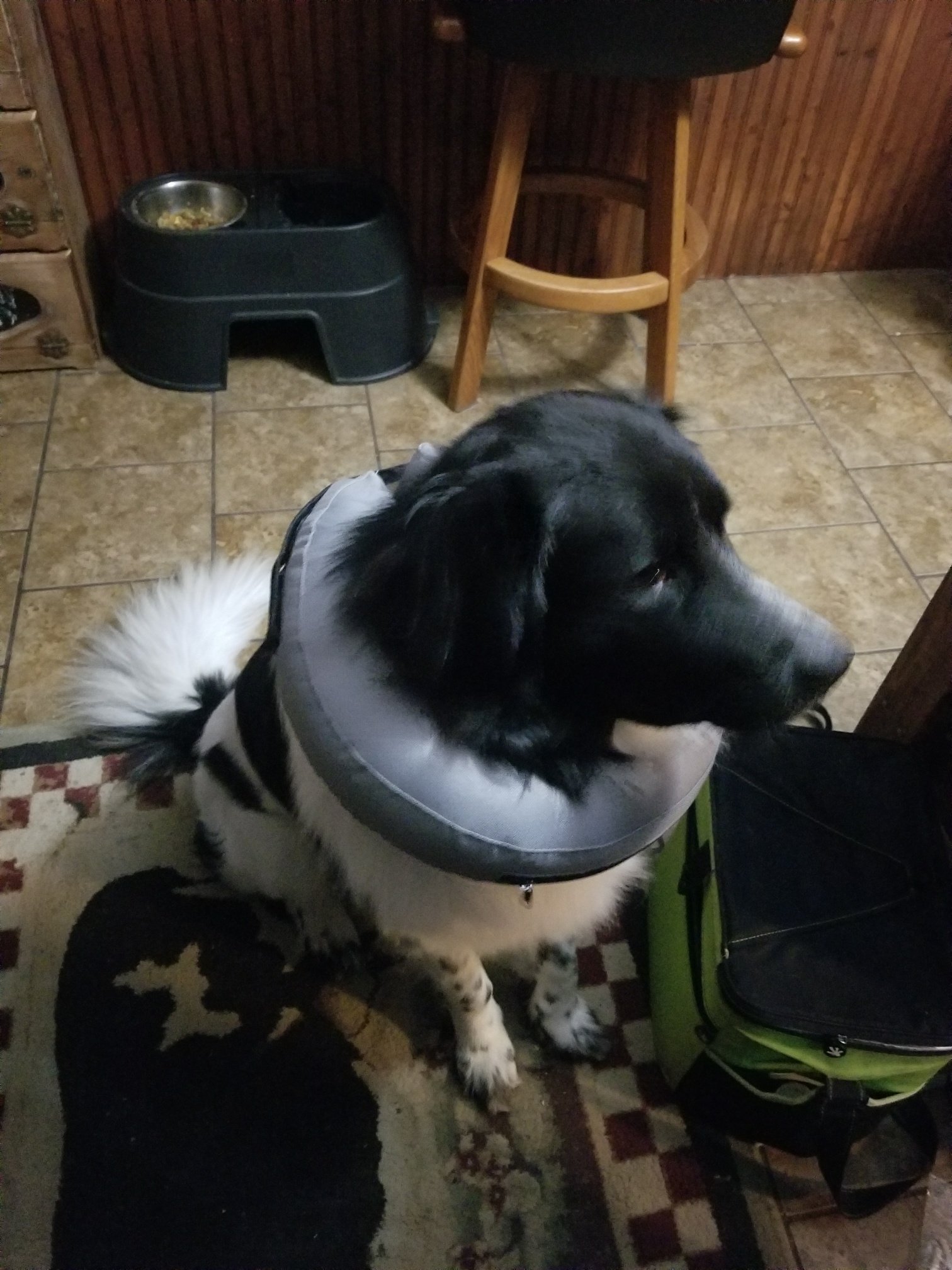 HOWEVER, Warrior either stretched too far, or scratched with his back feet, and pulled out those stitches.

Last night, the poor thing had an emergency visit to the emergency vet. The end result was him having to get sedated and more stitches.

My poor daughter did the right thing, and I am so proud of her being able to make choices for her pup, even when they are hard to deal with and harder to make.

And with all the love she gives Warrior, he's bound to recover quickly.

She also shouldn't be surprised if he gets extra Bear Bones Bakery Treats for Christmas, and his trauma!