Dogs are scent driven animals. I for one am mostly thankful for that, as Grizzly's nose has scented many things to help myself and other members of the family. Having a service dog whose nose is literally a resource is a great thing.

I have always been sensitive to scents. Both good and bad, they get a response. So I thought I would put a few thoughts about this down.

There are smells I love. Our Bear Bones Bakery treats baking in the oven... My daughter when she gives me a hug. Perfume that reminds me of family (I got a bottle of a specific perfume every year for Christmas from Ma, who I miss greatly, and her enjoying of my homemade pecan pie which is another great smell). There are so many other smells, there are just too many to mention.

There are, however, smells that just drive me crazy. 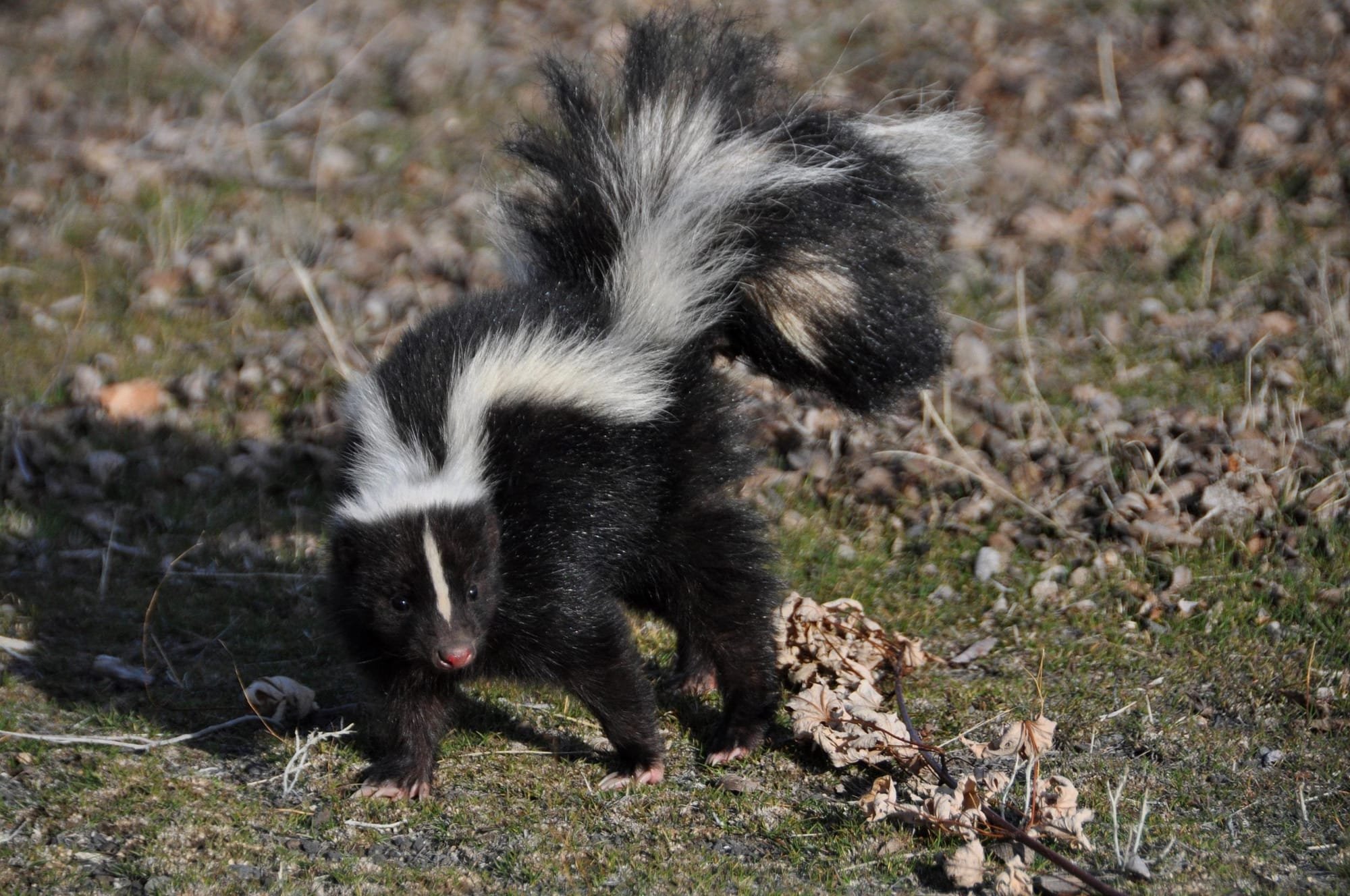 There is a family of skunks that have taken up residence in our neighborhood. Walking out to the van sometimes is a test of avoiding eye watering and trying not to inhale. I swear one of the little buggers even took up residence in my van, or close enough, because turning on the heat/ac/defroster spread that lovely smell through the entire van. 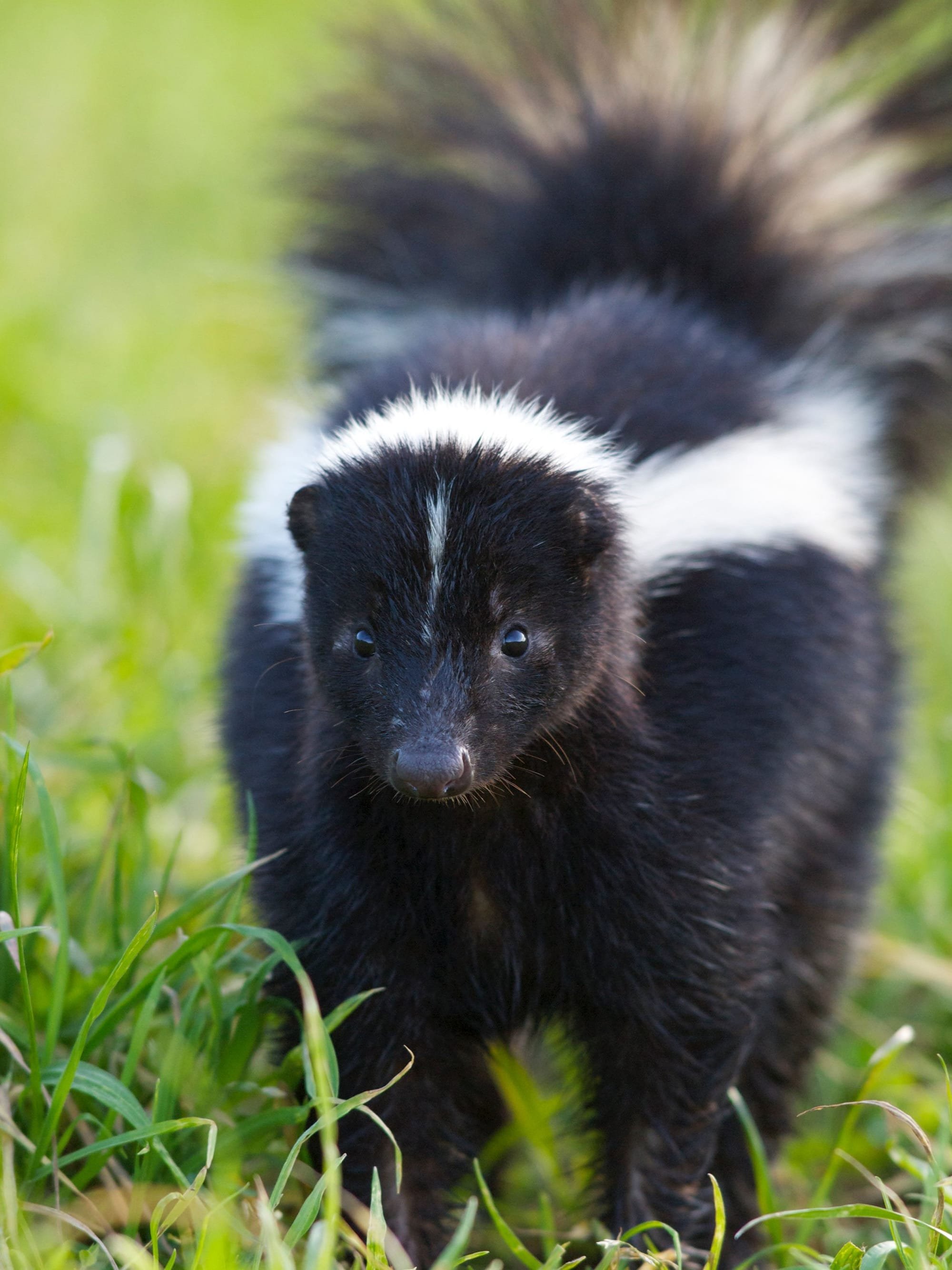 I have heard many ideas for dealing with skunk spray. I have to say, when it gets on my dogs, and they trot into the house, the entire house smells like eau de skunk. Not a happy dog mom when that happens, and believe me, it has happened. To the extent that I want to move. Okay, maybe not that bad, but I did think about it for a fast second.

In my defense, I am also very allergic to things. (I have to be careful with smells as well as ingredients in many products.) So the skunk spray oils mean I want them gone very quickly as well as the smell. Gag.

There was a moment, at around 1:30 am a few months ago, while baking late, that the dogs came in from a bathroom break with very freshly sprayed skunk. I smelled it as soon as I opened the door to let them back inside, and knew it would be very bad. Having 2 covered in that was not going to be fun.

I immediately, and I do mean immediately, got the dogs into the tub. Considering getting Grizzly in the tub is normally an act in futility unless very determined, and he voluntarily hopped into the bathtub, that would tell you that even his nose detected the fresh smell of nastiness. He also had a prior trip to the emergency vet because he was having reactions to the skunk spray, so I worry.

What worked, and you will certainly think I am making this up because it is so easy...no tomato juice baths. No mixing up crazy concoctions to bathe the pups in...No multiple attempts with little results.

I use Oatmeal Shampoo for my dogs. No aloe, no lanolin, nothing. Rather like the idea of putting oatmeal in a bathtub when a child has chicken pox, oatmeal is soothing. It is also something I can use without allergic reaction for me or the dogs.

It worked to get the skunk spray off when washed immediately upon coming into the house. No joke.

I have gotten this shampoo at both Walmart and Petco. Trust me, it's a very inexpensive way to remove that skunk oil without drying out the poor dog's coat! Give it a try.

As with the good smell of Bear Bones Bakery Treats, this oatmeal shampoo is very Grizzly approved!