Flavor of the Month!

I am so happy to have added a Flavor of the Month to our Bear Bones Bakery Treats!

This is so that your beloved canine can love them as much as Grizzly! See him taste testing, and was wiggling in glee so much that I couldn't get a picture without his happiness! 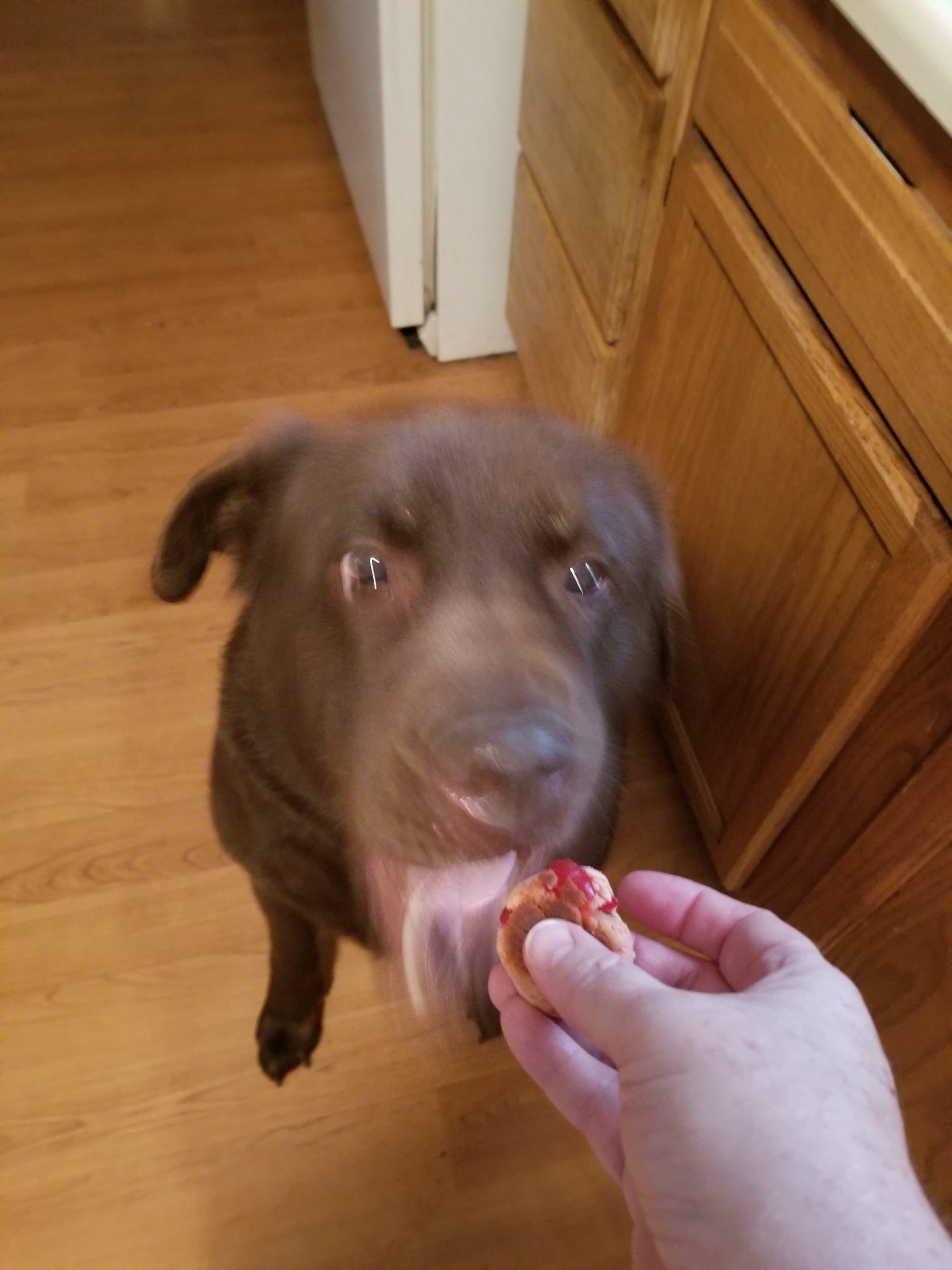 My daughter's birthday, and she used to love to eat peanut butter just about anything! This month's choice is in her honor.

We brought this out as a new flavor just in time for My Furry Valentine in Feb 2020. It was such a great hit, it became the Feb Flavor.

This is a well loved flavor, it just had to be included.

One of our new flavors added to the website, and a Grizzly favorite. Just in time for tax time!

May, Any Foundation Flavor

Just because you may find a new one to love!

Another new flavor, that reminds me of spending time in Wisconsin in the summers and going to Fish Fries there!

A seasonal offering, because there is nothing more American than Apple Pie!

This is a seasonal flavor, but can also be special ordered.

Grizzly's (and Megan's) birthday is in August, he loves mint as much as I do, so his birthday month flavor just had to be Puppy Mint.

Ah, who doesn't love bacon? No canine I know!

Grandma W, who taught me how to bake, inspired this flavor. Her birthday month made this the perfect choice.

Your canine will give thanks to get any of these flavors for Thanksgiving. Cranberry is seasonal, or can be special ordered.

Nothing says Christmas to me better than my Aunt's Ginger Snaps. This recipe has been converted into a seasonal offering for your canine to enjoy. Knowing some of my favorite extended canine family have issues with Gluten, I send them the Gluten Free flavors. So both of these are December flavors.